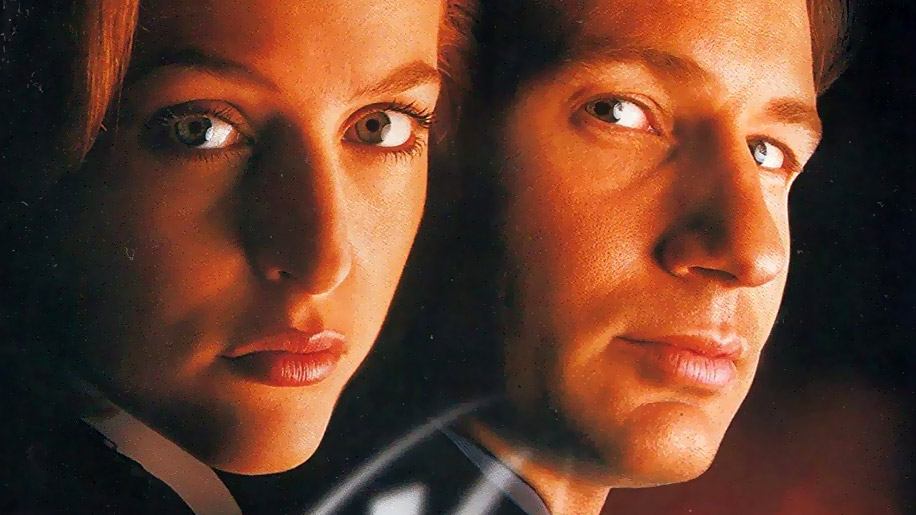 Most of us will remember the charming American actress, Gillian Anderson, for her role in The X-Files. Back in the late 1990s, this television series was a major success for the Fox network. She received many nominations and awards along with her co-star, David Duchovny, for this series.

Over the years, she has done more than 50 films and television shows. Gillian was born in Chicago and has an English, Irish, and German ancestry. As a teenager, she was quite a rebellious kid. She was dating an older boyfriend and taking drugs at the time. She was even arrested on the night of her graduation for breaking and entering her high school.

However, her interest in theater led her to acting in productions of her high school. Her first film appearance was in The Turning, an independent American thriller. Here are some of the most memorable films of this amazing actress that you must watch:

1. The X-Files: Fight the Future

This science fiction thriller revolves around the unsolved cases called the X-Files. Although these were fictional cases for the film, the characters solving them made them seem real. One of these characters was of Dana Scully, played by Gillian Anderson. It begins with an incident that happens thousands of years in the past.

It involves an alien life that exists inside the underground caves. Both of these agents then try to uncover a possible government conspiracy to hide a dark truth. It is about an alien colonization of Earth. The movie had mixed reviews from critics, but was successful at the box office.

In this Swiss drama, Gillian plays the role of Kristin, a tourist. The director of the film does a good job of exploring the cruel contrasts between two worlds. Sister narrates the story of a boy who helps his sister survive. He does this by stealing from the rich people who frequent a ski resort located in the Swiss Alps.

The film has a powerful story, which is daring and psychologically provocative. It was the Swiss entry for the Best Foreign Language film at the 85th Academy Awards.

3. The Last King of Scotland

Based on the megalomaniac dictator of Uganda, Idi Amin, this historical drama came out in 2006. It portrays the dictatorship of Idi Amin through the perspective of Dr. Nicholas Garrigan played by James McAvoy. Gillian plays the role of Sarah Merrit, the wife of Dr. David Merrit.

The film’s title comes from Idi Amin’s claim of being the king of Scotland. In this film, Forest Whitaker plays the role of Idi Amin and delivers a fantastic Oscar-winning performance. The film is also worth watching for the fabulous direction by Kevin Macdonald.

Rowan Atkinson returns in this sequel to Johnny English. This spy action comedy was written by Hamish McColl and directed by Oliver Parker. It was a major box office success in the United Kingdom upon its release in the country in 2011. Gillian plays the role of the M17 director, Pamela ‘Pegasus’ Thornton.

You’ll surely enjoy some great moments of laughter while watching this movie. One of the things about this movie that’ll impress you is its pacing. In fact, you don’t need to watch the first part to enjoy this sequel.

Even live action films of the time pale in comparison to this Japanese animated movie. It was a commercial and critical success in Japan as well as the United States. Its dubbing in English was done with a script by Neil Gaiman. Gillian gave her voice to the character ‘Moro’ in the English version.

The film is set in the late Muromachi period with fantasy elements. It narrates the story of a young prince named Ashitaka. He is involved in a struggle between the gods of a forest and human beings.

Gillian portrays the character of Kate Fletcher in this British-Irish thriller. It is based on a novel of the same name by Tom Bradby. The film begins with a flashback, which is a highly intense scene. It tells the tale of a young female terrorist who becomes an informant for the authorities. She does this to escape a prison sentence.

This gripping psychological thriller has some brilliant acting and a plot that keeps you hooked. The film had its premiere at the 2012 Sundance Film Festival. The Empire film magazine gave it four out of five stars. It described the film as an intelligent spy drama that’s emotionally charged.

With excellent cinematography and special effects, this is an enthralling and enjoyable film. This American coming-of-age comedy drama came out in 1998. It stars Kieran Culkin as Kevin ‘Freak’ Dillon and Sharon Stone as his mother. Gillian plays the role of Loretta Lee in this film.

Director Peter Chelsom does an exceptional job in the way he executes this low-budget film. It had two Golden Globe nominations, one for Best Supporting Actress and other for the Best Original Song.

8. The House of Mirth

Directed by Terence Davies, this movie is based on Edith Wharton’s novel of the same name. It stars Gillian Anderson as Lily Bart, a gorgeous socialite. The film is a co-production between the United States, the United Kingdom, and Germany.

It has a moving story with some memorable performances, especially by Gillian. She conveys many different emotions through her eyes. The House of Mirth is the portrayal of the early American Society with a richly-painted tapestry.

A quintessentially British film, Viceroy House tries to chronicle the imperial past of the United Kingdom. It is set in 1947, when the partition of India took place. You’ll be quite impressed with the performance of Gillian as Lady Mountbatten while watching this film. The film was directed by Gurinder Chadha and was released in 2017. It received praise from The New York Times and The Washington Post.

This film is based on the 1949 novel of Agatha Christie with the same title. The film had a wonderful cast and production, while it tried to stay true to the book. The performances are truly delightful. You’ll see Gillian in the role of Magda West in this film. She plays a fading theater actress in the movie.