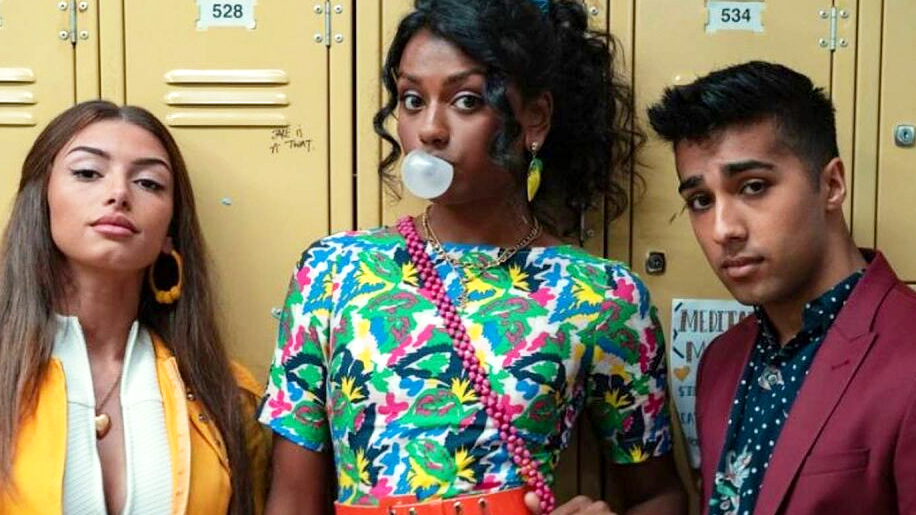 With more than 40 million viewers streaming the first season, Sex Education is a highly successful series. This British comedy-drama features Gillian Anderson, Asa Butterfield, Emma Mackey, Ncuti Gatwa, and many other actors and actresses. It follows the lives of students, their parents, and staff of a fictional Moordale Secondary School.

They struggle with a lot of personal dilemmas that are mostly associated with sexual intimacy. This Netflix series is the creation of Laurie Nunn. The first season came out on 11th of January 2019 and the second on the 17th of January 2020. The third season was released on the 17th of September 2021. On the 25th of September 2021, the announcement of the fourth season was made.

This series won a lot of critical accliam for its fabulous cast, direction, writing, and production values. It also got much praise for a mature treatment of its themes. Aimee Lou Wood won the award for the Best Female Comedy Performance at the BAFTA TV Awards. This was for her role in the second season of Sex Education.

The series mainly follows Otis Milburn, a student at the Moordale Secondary School. Gillian Anderson plays the role of Jean, a sex therapist and the mother of Otis. Other students at the school include the best friend of Otis, Eric Effiong. He is the son of Ghanaian-Nigerian immigrants and is a gay.

Another student is a rebellious teen with the name Maeve Wiley. A troubled past constantly overshadows her independence. Then there’s Adam Groff, the son of the headmaster, who is also a bully. The head boy, Jackson Marchetti, struggles to meet the high expectations that others have set for him.

Anwar Bakshi, Ruby Matthews, and Olivia Hanan are ‘The Untouchables’ a popular group of the school. There’s an eccentric girl named Lily Iglehart, who intends to lose her virginity. Ola Nyman joins the school later, whose father gets into a relationship with Jean.

Otis starts a clinic for sex therapy with his friend Maeve, who is a member of The Untouchables. Otis intends to help Moordale’s students in dealing with their sexual problems. Their business is successful, but a conflict develops when Otis starts feeling an attraction towards Maeve.

Moordale Secondary School gets some new students. The status quo at Moordale is under challenge from the newcomers. They include Ola, who becomes the first girlfriend of Otis. Eric helps Adam, his former bully, in coming to terms with his sexuality. An outbreak of chlamydia has the teenage students questioning the topical issues and struggling with them. Jean becomes the resident sex therapist of the school.

Otis enters into a relationship with Ruby as a new academic year begins at Moordale Secondary School. Jean is expecting a baby in the near future. Another significant thing happening in the third season is the introduction of Hope, the new headmistress. She plans a major revamp of Moordale. This becomes a cause of certain complications for the students.

The setting of Sex Education is a fictional village of Moordale, which appears to be in the modern-day United Kingdom. There are several elements in the show that serve to place it in an uncertain location and time. Among them are the old technologies, such as CRT televisions. You see the smartphones in use, but the police cars appear to be from the 1990s.